No Health Without Mental Health 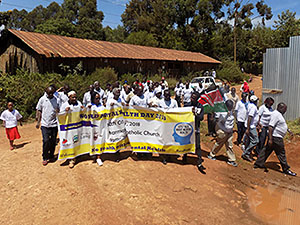 On 10 October every year, the world celebrates the World Mental Health Day. This year St. Martin CSA organized the first ever world mental health day celebration in Laikipia County. These celebrations were held in Oljabet town which is a small rural town near Nyahururu to raise the awareness for mental health and available support services. About 300 people from all walks of life attended the event.

Throughout the world, mental health is becoming more and more a topic and there’s a growing recognition of the importance of building mental resilience. Mental illness is common in Kenya, with prevalence rates of 4% for major mental disorders, which is comparable with the prevalence rates reported in high-income countries. Poverty, unemployment, internal conflict, displacement and HIV add to the mental health burden. In front of this background, St. Martin CSA has recently launched a pilot mental health project that aims at improving the quality of life of people living with mental illness.

The activity involved people living with mental illnesses, their caretakers, members of the public, representatives of the Ministry of Health of Laikipia County, police department, local administration and local community leaders. The celebrations started with a prayer led by the Marmanet Anglican Church Parish priest followed by a procession around Oljabet Trading centre and later a learning session in the 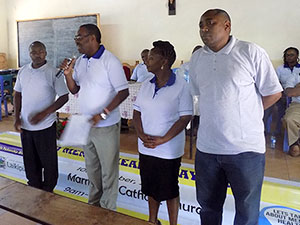 Marmanet Catholic Parish Hall, where several persons living with mental illness and their caregivers gave testimonies of their experiences with illnesses. Their forthcoming was appreciated officially by the representative of the Laikipia County Government, Mrs Jane Kabiru, on behalf of Dr Richard Mugoi, chief officer in the Ministry of Health of Laikipia County. Corporal Clehanse Abdallah represented the Security Forces, and several local Chiefs underlined the significance of the topic for the local population.